A verbal fight between a man and a woman, controlled by push buttons. 10 phrases and for each phrase, the "tone" can be selected. Angry, neutral or flirty.

Below is a little explanation (in danish) about how I did this. This was done in my quite early days of doing interactive stuff. The sound was played using Flash on two computers, one for each "player".
The many buttons for the interface was made by attaching a keyboard turned 90 degrees below the box.

It was quite interesting that it became a bit of a game for people. "Battling" with the phrases.

This project was done during a stay at the art school "Vera" in Nørrebro. 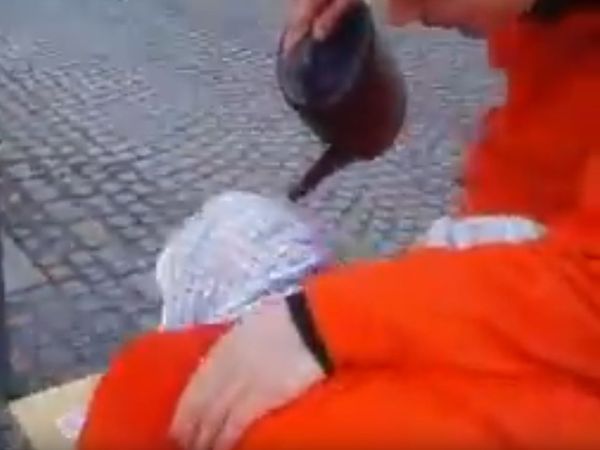 Demonstrating water boarding torture to people passing by to protest the US atrocities in Guantanamo. Done in a fun an kids friendly way, but with a pretty grim agenda underneath.