A box, to record key presses of Morse code done by audience members. Done using just an Arduino board and a bit of efficient code. A one button sequencer.

The existing Morse recorders I found online all wanted to somehow record "correct" key presses and maybe even interpret the key presses into actual letters.
But this was an installation that would be used by an audience that was not trained radio operators, and expecting "correct" Morse code was impossible.

Rather - An audience member would get a much better experience from just being able to record a "rythm" and see / hear it played back afterwards. Maybe some would be able to make correct morse code, but this should not be a breaking issue for the installation.

The code was a litle bit tricky to get working on the Arduino. It became a bit of a fun challenge to see how to maximise the "record time" on the very tiny memory that the Arduino has available.

An int MorseArray[700] would give the user 350 short (dih) or long (dah) presses to record. By far enough to record the small messages that people was expected to try out. 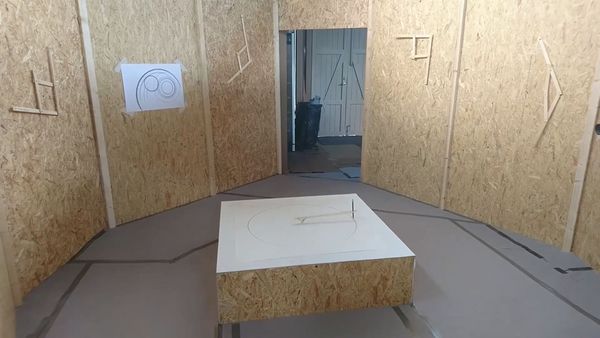 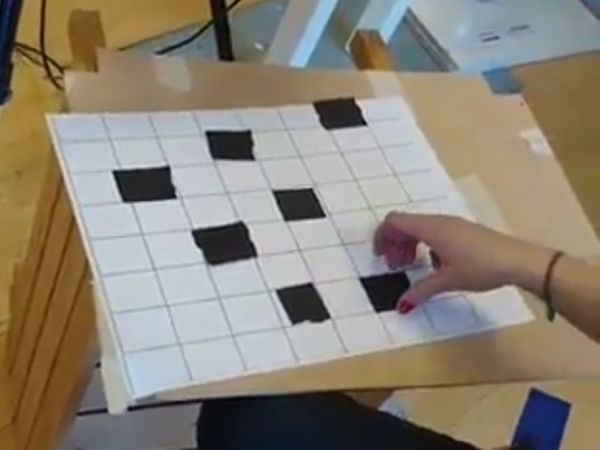 A 8 x 8 grid on paper and black paper squares. Becomes an interface for a beat box through Max/Msp.